Just back from our little trial excursion onto the trail, and pleased to report that we really liked it! It is rough, rocky and spiky underfoot, it’s so hot and windy that it feels like you’re walking under a hairdryer, but it is beautiful.

We only walked about 4 miles out of town to camp, then walked back into town for breakfast, but it was well worth doing – it’s given us a good idea of the temperature range (baking afternoon to cool night to chilly hiking in the morning) so we know what clothing to take with us tomorrow, and what to post on ahead further up the trail.

We also got a timely reminder of the difficulties of pitching a tent in strong wind surrounded by spiky plants. We cleared a patch of ground of the bigger stones and pitched the tent, then realised the wind was battering the side of the tent. So we moved the tent and changed orientation, then just as we were hammering in the last peg into the loose dusty soil Neil noticed a spiky plant directly under the tent. Worried about punching a hole in our groundsheet, we moved the tent a few inches to clear the plant, then I spotted another spiky plant under the tent which I hadn’t noticed before. One more move after a careful inspection of the ground and we decided that would have to do! Unfortunately by this time my back was really hurting, with big jags of pain in my lower back, and Neil’s was hurting too. So we took some ibuprofen and climbed thankfully into our sleeping bags, and fell asleep to the sound of two owls hooting to each other and the rumble of a distant train.

This morning was chilly but beautiful, and after a quick breakfast of apple flavoured oatmeal in cold water (surprisingly nice!) we hiked back into town for a proper Mexican breakfast and coffee.

Another thing we really enjoyed was meeting hikers on the trail, even if the news they carried was a bit daunting! By the time hikers come back through Lordsburg they have hiked 85 miles from the Mexican border, and those 85 miles are notoriously brutal, with no shade, scarce water sources, and at the moment high temperatures and very strong winds. The terrain is flat but stony, with cacti and other spiky plants lying in wait, ready to spike the unwary and trash their gear. Of the four hikers we met on our dummy run, one guy was retiring after 10 miles due to a sore IT band, an Israeli girl was almost crying with blister pain, another lady just remarked that her feet had blistered faster than she’d ever experienced before ( and she’s done the Pacific Crest Trail, same as us), and the last hiker we met was doing OK with just one blister, but her partner had quit the trail earlier that day with awful blisters, and had got a lift back to Lordsburg with the Border Patrol.

So, resolutions for when we start on trail – get better at desert camping, and do everything in our power to avoid blisters! 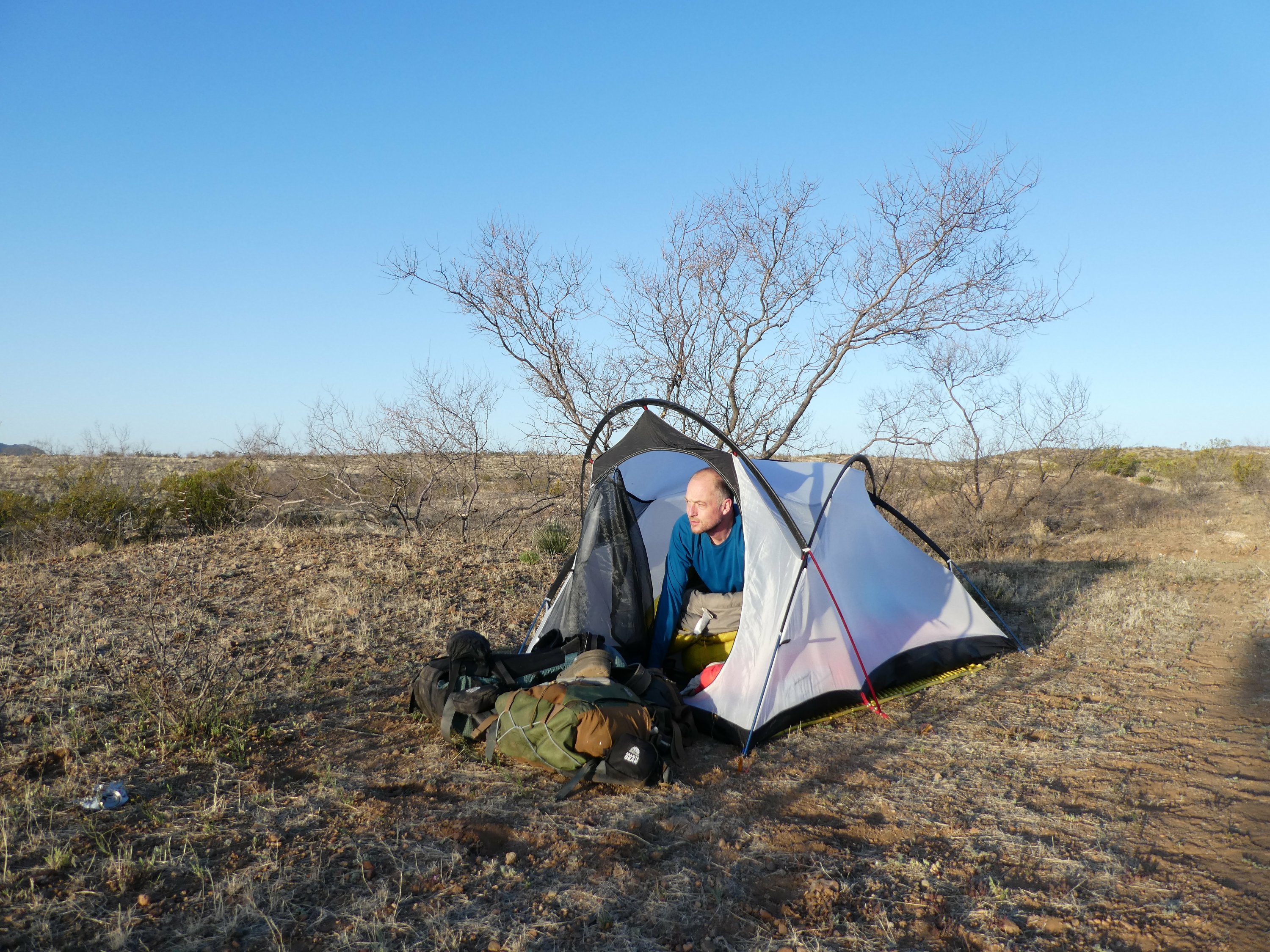